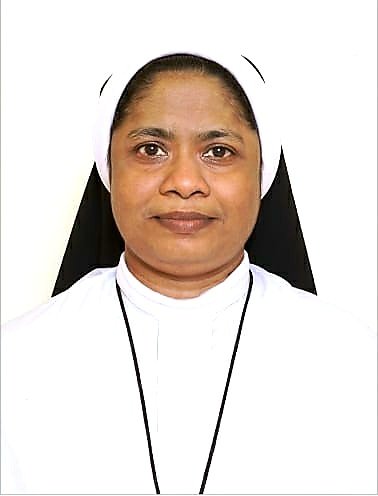 Dr.Sr.Mini was born in the village of Karanchira in Thrissur District, Kerala. She entered the Franciscan Clarist Congregation(FCC) after finishing her school education. Her undergraduate studies in mathematics at Little Flower College Guruvayoor (Calicut University) in Kerala led to her graduation in the subject in 1997. She enrolled in Fatima College Madurai (Madurai Kamaraj University) following graduation, where she earned a Master’s in Computer Application(MCA) in 2001. She joined Sacred Heart College Chalakudy as a guest professor after receiving her Master’s Degree (2001 to 2006). In 2008, she graduated from Bharathiar University in Coimbatore with a Master of Philosophy (M.Phil). She began working as an Assistant Professor (Permanent) at Sacred Heart College Chalakudy in 2007 after receiving her M.Phil. She enrolled at Anna University in Chennai in 2011 to pursue a doctoral fellowship in research through the FIP programme (UGC), and she was given a Ph.D. for her work on “Improved Association Rules Reduction Methods in Temporal Data Sources”. She frequently works on research projects, publishes papers, and plans national seminars and workshops.

Positions Held in the College